Synopsis:
Jhorna, a young Hindu girl, feels left out when her Catholic classmates receive the Eucharist. Her best friend, Lisa, steals the Eucharist for Jhorna to try. Being seven and gullible, her brother convinces her the Eucharist is literally the body of Christ, so Jesus is in her tummy therefore she must constantly be good. 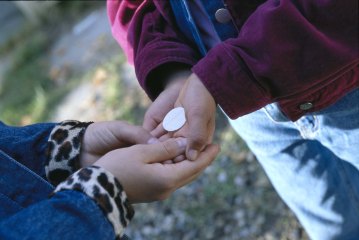